Amplitude: the strength of an audio signal, measured in dB, at a given point in time

Attenuation: the loss or reduction of amplitude of a signal

Band: portion of the frequency spectrum

Biamplification or Biamped: the practice of using separate power amplifiers to drive a woofer and a tweeter in a loudspeaker. Often combined with active amplification, where the amplifier is built into the speaker cabinet

Board: slang for mixing console

Channel: a single path of audio through a mixer, processor array, recording channel, or computer interface

Clipping: when the peaks of the signal's sound wave are cut off due to the inability of an electronic device to accommodate the current or voltage, causing distortion

Compression: a reduction in gain or dynamic range of a signal by a compressor. Compression can be used to even out an erratic signal, fatten up sounds, extend sustain of a guitar, sweeten vocals, or push certain sounds forward in the mix of a song by increasing the overall level

Compressor: a unit that applies compression to an audio signal, usually with controls for sculpting exactly when and how much compression is applied to the signal

Continuous program power handling: the level of long-term average power the speaker will handle. A worst-case spec that represents maximum heating that the speaker's voice coils can withstand

dB/Decibel: a logarithm that describes the ratio of two powers (1/10th of a Bel). Some approximate reference points: a normal conversation has a decibel level of 60dB, a ringing telephone is 80dB, shouting in the ear is 110dB, and a jet engine during takeoff is 150dB

Delay: one or more distinct echoes that have a more distinctly audible space between the initiation of the original sound and its reflection and an eventual diminishing of volume over time

Dynamic range: the difference between the loudest and softest parts in a song (usually measured in dB). See also SPL (Sound Pressure Level)

Enhancer: also called an exciter. A signal processor that uses frequency analysis, compression, EQ, and filters to add sparkle to audio. Used frequently to bring certain aspects of a song forward in the mix

EQ: short for equalization. Usually refers to an equalizer circuit that provides control over the frequency response of an audio signal that passes through it. Can be used to shape sounds to be more desirable or cut out undesirable sounds within an audio signal

Exciter: also called an enhancer. A signal processor that uses frequency analysis, compression, EQ, and filters to add sparkle to audio. Used frequently to bring certain aspects of a song forward in the mix, especially during mastering

Fader: a sliding lever that typically adjusts levels. Has the same function as knob-based controls but provides a smoother response, more fine-tuned control, and visual feedback for quickly determining level

Filter: an audio circuit that reduces the level of frequencies outside a preset range

Frequency: the rate of variation of a wave or signal

Frequency range: the set of frequencies a piece of audio gear is capable of handling with accuracy. Uses a specification such as 20Hz-20kHz

Frequency response: refers to the range of frequencies gear will accurately reproduce from input to output. The average person can hear frequencies from about 20Hz-20kHz. When reading frequency responses, the spec may refer to the tolerance—the maximum level the output will differ from the input. If not specified, the tolerance is probably a standard ±3dB. The spec (20Hz-20kHz ±3 dB) means that for a given input signal, the listed range of frequencies (20Hz-2 kHz) will produce output within the specified range of levels (±3dB). As an example, the frequency response of a Shure SM57 microphone is a vocal-tailored from 50Hz to 15kHz

Gain-before-feedback: the total amount of volume possible before feedback occurs

Headroom: the difference between the highest signal possible without distortion and the average signal level through a system

Hi-Z: short for high impedance. Z is a popular abbreviation for impedance, hi is simply a shortened version of high. Usually refers to a 1/4" line input with high impedance, typically several thousand ohms or more. Often provided as an input on a mixer, multitrack, or computer audio interface for a guitar or bass

Impedance: the resistance of a circuit to the flow of alternating current, measured in ohms. In audio, impedance is typically classified as low or high and often referred to as Lo-Z or Hi-Z

Level: the amplitude/strength of a signal

Limiter: a signal processor that controls the dynamics of an audio signal. Works similarly to a compressor and often used in the same way, but a limiter establishes an absolute output level threshold and prevents any signal that enters from breaking that threshold

Mixing: the process of using a mixer, either hardware or software, to adjust levels and EQ of an audio performance or recorded audio in an effort to pleasingly enhance and balance the audio

Noise: undesirable or unwanted sound which is introduced to an audio signal by other electronic equipment or excessive gain. Includes hum, hiss, and interference

Ohm: one ohm is the measure of electrical resistance in a circuit when one amp of current is flowing with one volt being applied to the circuit

Omnidirectional: microphone polar pattern that picks up sound from every direction

Pink noise generator: makes a sound like a rushing waterfall, meant to reproduce all the sounds that will go through your system during a show by exciting all the audio frequencies with equal energy per octave. Used to test a PA before the show, some mixers have a built in pink noise generator

Power amp: a device that increases the power of an audio signal by matching the input to the output of a regulated power supply. In live sound, power amps are used to amplify the processed and mixed signal providing power the speakers

Power conditioner: an electronic device that sits between a wall outlet and electronic equipment, which provides protection against spikes and surges in power. Typically conditioners also provide some type of noise filtering against electronic signal interference

RCA connector: more correctly called a phono plug, this connection was developed and popularized by the RCA corporation in use with their audio equipment, resulting in it being called RCA. Most often used in stereo pairs and more common in consumer audio gear

Reverb: a series of multiple sound reflections that extend the impact of the original sound. In nature, this is caused by a sound that originates within a space enclosed by hard surfaces. Also refers to the electronic equipment developed to replicate this acoustic phenomenon

RMS or root mean square: the square root of the average (mean) of the squared values of all the instantaneous voltages on a waveform. Continuous power handling is sometimes—though technically incorrect—called RMS

Signal-to-noise ratio: the ratio of the desired signal's volume to the unwanted noise, usually measured in dB. Manufacturers measure this ratio in many different ways, but basically the higher the number, the better and cleaner the signal

Sound Pressure Level (SPL): the level of acoustic sound waves, measured in dB. A typical SPL reading for a rock concert is 95dB

Stereo: 2 channels of audio, usually designed as left and right

Transients: the sporadic higher levels in your program (from a percussion or guitar attack, for example) that can result in overload distortion if not properly compressed

TRS: stands for Tip, Ring, Sleeve. TRS is a balanced circuit that uses a phone plug-style connection with three conductors (the tip, the ring, and the sleeve) instead of just two (the tip and the sleeve)

Unbalanced: an audio circuit whose two conductors are unequal at ground, usually because one conductor operates as ground. An unbalanced audio circuit is more susceptible to noise problems than balanced circuits. Noise can be combated by keeping lines as short as possible

Unidirectional microphone: mics that are most sensitive to sources directly in front of them, minimizing off-axis sound and background noise

XLR: balanced, circular 3-pin connector typically used for microphone and line-level signals. Each pin is a separate channel, but pin 1 is always ground. The connection was developed by Cannon and is sometimes called a Cannon connector.

Next:Should I add a subwoofer?
Back 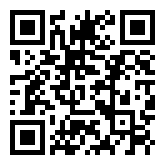