Home
About Us
Why Choose Us
Products
Blog
Contact Us

A. WHAT DOES ACTIVE OR PASSIVE SPEAKER MEAN?

Let’s talk about our second initial question. We know that a passive loudspeaker is made up of:

· A sealed enclosure (acoustic suspension), with one or more openings (bass reflex) or transmission line (with an internal pathway in the enclosure)

· One or more driver (in a 2-way speaker, a woofer and a tweeter)

· A passive crossover (to split frequencies into different bands)

We know that the purpose of a loudspeaker is to reproduce a sound recording, live music, etc., so that more people can listen to it simultaneously. In order to do so, we have to amplify our audio signal using devices called amplifiers. In case of a sound system with passive speakers, an external amplifier is required; in case of an active speaker, on the other hand, the amplifier is built-in.

Therefore, a passive loudspeaker needs an amplified audio signal, as its purpose is only to convert that signal from its electrical form (from the amplifier) to a sound wave.

An active loudspeaker, in addition to the things said for the passive speaker, has a built-in amplifier and all the components needed to work properly, such as power supply, preamplifier, etc.

From an acoustical point of view, active speakers can be classified using the same criteria applied to passive systems. So we can find active speakers with two or more ways, sealed or bass reflex, and so on.

On the other hand, we can distinguish the following types:

· Active loudspeaker with only one built-in amplifier

· Active loudspeaker with only a built-in amplifier

The preamplifier controls input signal levels in order to drive correctly the power amplifier. In many cases, for instance, audio sources with different levels are connected to the preamp, such as microphones, CD players, tablets or keyboards. Sometimes, the preamp has a complete built-in mixer, which allows several audio sources to be simultaneously connected, adjusted in volumes, tones, etc.

The power amplifier, in this architecture, amplifies the entire audio band and sends it to a passive crossover, which splits the sound into separate bands and let each transducer to be driven by correct frequencies. The lower part is addressed to a woofer; the mid-band to a midrange (if present); the higher part to a tweeter.

Bi-amp system is definitely the most common concept, and all its features are even valid for tri-amp and multi-amp systems. In this layout, the preamp is immediately followed by an active crossover. The sound is split in two or more bands, and each of them is amplified by a dedicated power amp. This allows the designer to develop optimized circuits for each frequency band, with higher performance than a single amp system.

We have to keep well in mind the differences among mono-amp, bi-amp and tri-amp systems, as performance (and consequently, cost) change quite a lot. Often retailers do not explain all features exhaustively, giving prominence to price; so if you make your decision taking into account only price, you may fail to understand the real value.

C. ACTIVE VS. PASSIVE: PROS E CONS OF BOTH SOLUTIONS 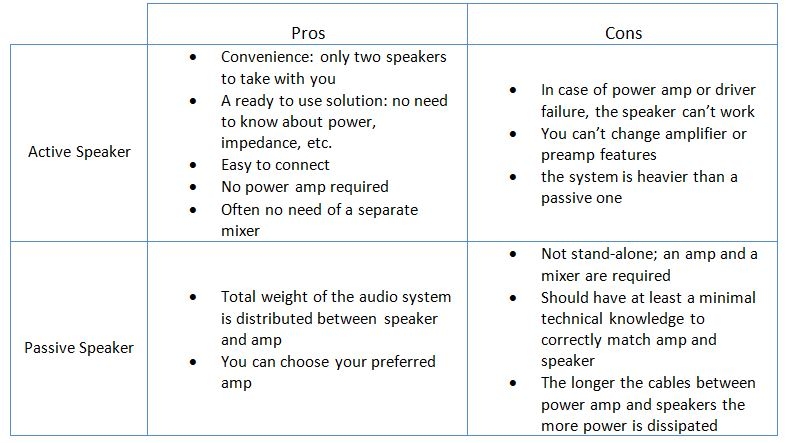 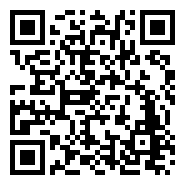