Home
About Us
Why Choose Us
Products
Blog
Contact Us

One of the most important questions when it comes to PA systems is “How much power do I need?” This is a consideration when purchasing a power amp for the system.The power amp's job is to boost the low-level signals coming from the mixer and broadcast them through the speakers. How much power it produces is measured in watts. And you want to make sure you've got enough wattage to fill the venue without compromising the sound quality.

Exactly how many watts you need hinges on a number of variables. The most obvious of these is the performance location (room size, indoor/outdoor, acoustics). However, there are additional factors that complicate the issue. For instance, there is the efficiency of the speakers (i.e., how much sound the speakers produce per watt of power). There also is the concept of headroom (how much power it takes to handle peaks without distorting) and the desired volume level of the music.

Using speakers with average sensitivity, a rock band playing in a medium-sized club will need around 1,500 watts total power at a minimum, whereas a pop or jazz group might need between 250-750 watts. For simple folk music in the same venue, that requirement can come down to as little as 60 watts. Keep in mind though that these power estimates are generalizations; difficult performance spaces and music with a lot of dynamics can require considerably more power. As we note below, factoring in plenty of headroom will help ensure great sound when you’re performing in a challenging environment.

It's important to buy an amp with plenty of power to drive your speakers plus enough headroom to prevent distortion. When shopping for speakers, you'll see that they have a power rating, measured in watts. As a general rule, you will probably want an amp with twice the wattage of your speaker's rated power handling to ensure a clean, undistorted signal gets to them. We will discuss this further when we cover PA speakers and their power requirements.

Keep in mind that a stereo power amp provides two channels, each able to drive its own speaker load. So if your amp provides 500 watts per channel, a pair of speakers rated for 250 watts would be a good fit. Note that the rated output for stereo power amps is usually given on a per-channel basis. A rating of “2x450W” indicates that the amp generates up to 450 watts into each of its stereo channels

Share：
Previous: Signal Processing (Effects)
Next: HOW TO CHOOSE THE RIGHT PA SYSTEM? (PT.3)
Back 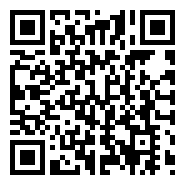